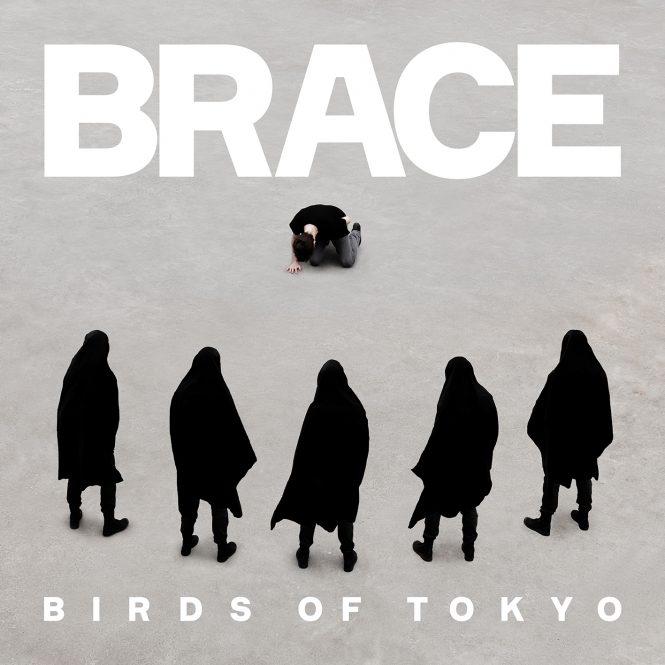 Birds Of Tokyo unveiled their forthcoming album – “Brace” – last night by playing all their new songs in a special gig at Carriageworks in Sydney’s inner west for a few hundred fans.

“When we were writing and recording we kept talking about how we wanted to make a really dark and intense rock record that would be great to play live”, explains group frontman, Ian Kenny. “So we figured the only appropriate way to lift these tunes for the first time was to smash them out at a gig.”

Added the band’s guitarist Adam Spark, “we’ve never actually done a show that was all just one album from start to finish but it was fitting for the first airing of this one to be a live performance because that’s exactly how it was conceived – like a setlist.”

It’s also fitting that the new album is called “Brace”. Dark. Dystopic. Cinematic. It’s equal parts radical departure and a return to their epic rock roots. Safe to say that “Brace” is probably not what most people are expecting from the band. Listen to the title track from “Brace” here:

Over recent years highly melodic radio staples like  “Plans”, “Wild At Heart”, “Lanterns”, “This Fire” and “Anchor” have brought Birds Of Tokyo multiple ARIA and APRA Awards plus a string of platinum plaques making them the country’s most popular contemporary rock band. But this new album sees them torching that formula and embracing a heavier, more urgent attitude; making good on the title track’s tidal wave promise to “destroy it all”.

The relentless ten song set was produced with Canadian David Bottrill who has helmed releases for Tool, Muse and Silverchair. Together they’ve created a bold and uncompromising piece of work making last night’s Carriageworks show nothing less than a statement of intent.

The title track from “Brace” was released today and the album will follow on November 4.