The Saddest Thing I Know…

After almost three weeks at radio in Australia, The Saddest Thing I Know is now available to purchase online.

That’s right, the song was made available on Friday 23rd April from iTunes Australia as well as other digital portals including www.theinsound.com/birdsoftokyo for the international market.

In other news, Birds of Tokyo have announced a second show in London after their show at the Barfly sold out in record time.

The extra show will be on Tuesday 18th May – head to the TOUR page for details and ticket information. 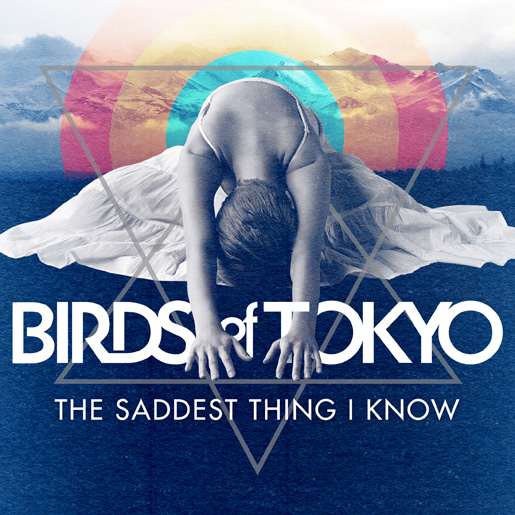 The Saddest Thing I Know – Single and Tour

It has been an epic journey, yielding epic results, and Birds Of Tokyo are back home from recording their third album, and ready to hit the road.

Armed with their brand new single, The Saddest Thing I Know, Birds Of Tokyo will be performing throughout May and June across Australia, showcasing tracks from their forthcoming album, plus all of the fan favourites from the their Day One and Gold-selling Universes albums.

Plugged in and turned up to 10, this will be Birds Of Tokyo at their most ferocious.

Recorded as adventurously as it was written, creating the new album has already taken Birds Of Tokyo across the globe – recording in Sydney, Gothenburg, London and New York – but as the saying goes, there’s no place like home, and the boys are excited to be able to give their Australian fans the first taste of all things new.

And as lead single, The Saddest Thing I Know is Birds Of Tokyo at their incendiary best… a crack to the jaw powered by monster-sized riffs and spine-tingling melodies. A song with big enough balls to lead an entire album.

The kind of song made for the stage.

HEAD TO THE “TOUR” PAGE FOR ALL SHOW DATES AND DETAILS 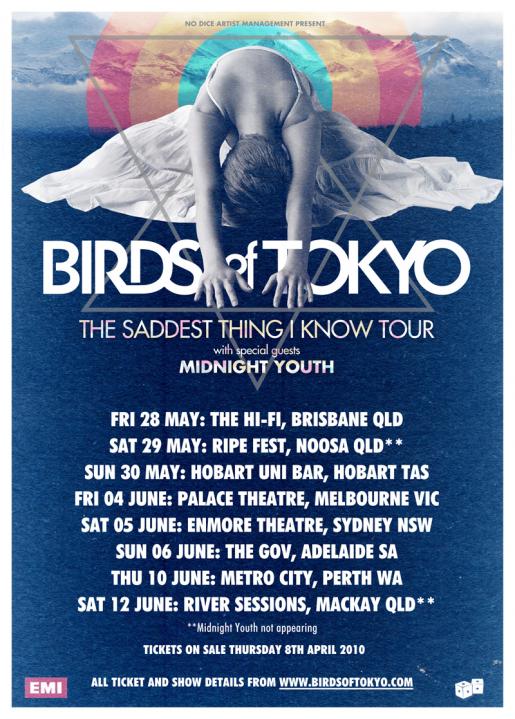