After clocking up some miles in recent weeks in the U.S and U.K we headed back to Perth for two days before heading to Brisbane for a couple of rehearsals and to shoot another film clip. While spending the better part of the year focusing on and completing our new album there was an unspoken buzz amongst us that all came out onstage at the Hi-Fi Bar tonight.

Usually the first show of a tour can help to blow away any cobwebs, but it really felt we were already five shows in. A very vocal Brisbane crowd may have bought it out of us, but the energy levels were up and it just served as a reminder of how very little else matters except for that hour or so onstage. As we walked into our band room dripping in sweat, I heard through my in ear monitors one punter yelling above all else ‘Hurry the fuck up and play an encore!’ So we obliged and hopefully didn’t leave that guy disappointed!

Tonight was also the first of multiple shows for Brisbane’s The Rockefeller Frequency and New Zealand’s Midnight Youth. Both played cracker sets and we’ll definitely be looking forward to seeing more of them, starting with another Hi-Fi show tomorrow night! 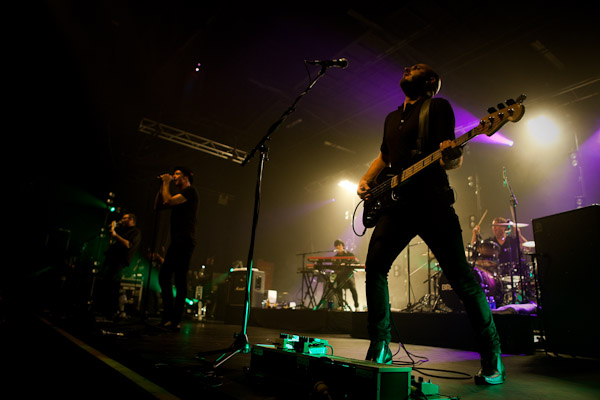